Finally, the day we had been waiting for arrived. After months of decisions about equipment, where it should be fitted and watching the progress of commissioning our new craft, she was now in the water and waiting for us to step aboard for the first time as a proper sailing vessel.

We left our home in Lancashire to make a journey we had made many times since October 2003, but non of them could compete with the thrill and excitement of that mornings 4 hour drive to Ipswich Haven Marina. We did not even stop on the way for our usual all day breakfast at a Little Chef – I doubt we would have been able to eat anyway such was the excitement we were experiencing.

“The suspense is terrible. I hope it will last.”
― Oscar Wilde

Friday April 23rd 2004 was the day a Legend 41 finally became our NickyNoo and the dream turned into reality. When we arrived at the Marina, Suzie and I could not get out of the car quick enough, although the reason was not to find our berth but the overwhelming need to take the toilet break we forgot to make on our journey. After much-needed relief, we ran hand in hand to our new mooring like young lovers on a mission. What awaited us was a sight which will remain in our memory forever. There she was, all decorated in flags draped from the top of the mast down to the deck fore and aft and bathed in brilliant sunshine.

With the love of my life and wife of 35 years hugging me with joy, we just stood looking at this incredible sight before us wondering if perhaps it was really true or just some kind of vision that would go pop and disappear. After maybe 5 minutes just soaking in the view and the experience, David Lindner the Sales Manager, arrived at our side with a big smile on his face to explain that he had been watching us, and now the sooner we completed the formalities, the sooner we would be able to climb aboard and get to know our NickyNoo!

David shook my hand and then linked arms with Suzie to escort us to his office where there was a fresh pot of coffee waiting to be served with a shot of a well-known Scottish beverage if required, well it was after midday so I did partake – it would be rude not to wouldn’t it? Invoices, bill of sale, welcome pack and a new briefcase full of handbooks etc. presented to us, it was now time for NickyNoo to be handed over to Suzie and I.

When we left the office with David, it must have been fairly obvious by the huge smiles on our faces what was about to happen and it felt like all eyes were focused on us. It seemed like a long walk along the Marina jetty and onto the pontoons to our mooring where we were then greeted by all the commissioning staff standing at the stern and a small crowd of onlookers on the jetty above waiting to cheer us aboard. The feeling of euphoria cannot be adequately described but it was incredible.

Stepping down the companionway, the interior looked wonderful, all shiny and new with flowers and Champagne waiting on the dining table. By now the emotions were running high between the two of us and it was the moment to just take some time out, hold each other close and just reflect on what was happening. After all, today is the first day of the rest of our life!

Moment over, there were now things to do, Jonny (the Commissioning Manager) arrived asking to come aboard to arrange for one of his team to do the familiarity program during the afternoon and then, he would return to take us out on the River Orwell for an hour for our ‘sea trial’ so he could “show us the ropes”, raise the sails and go through the engine controls with us.

Once back on our mooring it was nearing 4.30pm and after all we had been through we were beginning to come back down to earth with a bang. We were suffering from excitement & information overload and yet we still had a car full of all-sorts to unload before we could relax and unwind. We decided that we would just unload the necessities today and leave the rest until tomorrow.

Legend had provided us with a complete set of plates, bowls, cups, saucers, bed linen and coordinated furnishings. So we needed duvets, pillows, pots & pans, kettle, cutlery and the most important item of all – the wine glasses! plus our cases and bathroom requisites from the car so we could settle in for the night. By the time we had finished this and made up our bed it was nearly 6.00pm and obviously wine o’clock.

Earlier in the day I had taken the cool-box from of the car and placed the contents in the fridge including a couple of bottles of Sancerre. Just after 6.00pm we were sat in the cockpit, wine in hand when we noticed a couple walking towards us pointing at us and smiling. They came directly to the stern of NickyNoo, introducing themselves as Michael & Ann the owners of ‘Sillygoose’, a Legend 466 berthed stern to with ourselves. Give us a few minutes to stow our things and we will be back they said and they were, Michael with a pint of Speckled Hen in hand and Ann with a glass of her favourite Muscadet.

Ann immediately said you show me yours and I will show you mine and this was the start of an incredible friendship. We sat chatting for a while as if we had known each other for ever when Michael announced he was hungry (I now know he always is). So Suzie and Ann went down below our respective boats and between them put together a table of food you would have thought they had planned in advance. By the time midnight arrived and 4 bottles of wine had been made ready for recycling it was time to retire for the evening.

Unbeknown to Suzie & I, Ann prepared a full english breakfast aboard ‘Sillygoose’ the following morning and shouted to us to “come and get it”. Michael then helped me unload the rest of the things from my car. Once Michael and I had unloaded the car we took the opportunity to open the Champagne with our new-found friends and following due ceremony we named our yacht NickyNoo.

The rest of Saturday was spent unpacking, sorting & stowing our belongings followed by another pleasurable evening spent eating & drinking with Michael & Ann who introduced us to other Marina inhabitants as they passed by. Little did we know that the NickyNoo / Sillygoose berths were to become the party pontoon in the future.

On Sunday, Michael wanted to go sailing and asked if we would like to go out on NickyNoo. As the Marina lock gates were ‘on a level’ at 10.00am, we set a time to leave then so that my first outing would not be hindered by having to manoeuvre in the lock. Unwittingly, I managed to create my own history when I radioed the lock keeper to ask if we were on “fleeflow” instead of free-flow, setting a precedence for others to follow. Anyway we had a lovely day out sailing up to Harwich and on the return picking up a buoy near Pin Mill for lunch before setting back for my first attempt at holding in the lock.

Suzie and I spent the rest of the week in holiday mode, settling into and organising the boat ready for future visits. In my next post, I will recount how a chance conversation in our local pub meant our life would take an unexpected change of direction.

This site uses Akismet to reduce spam. Learn how your comment data is processed. 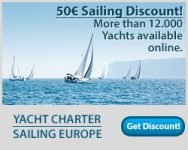 All the latest updates direct to your mailbox